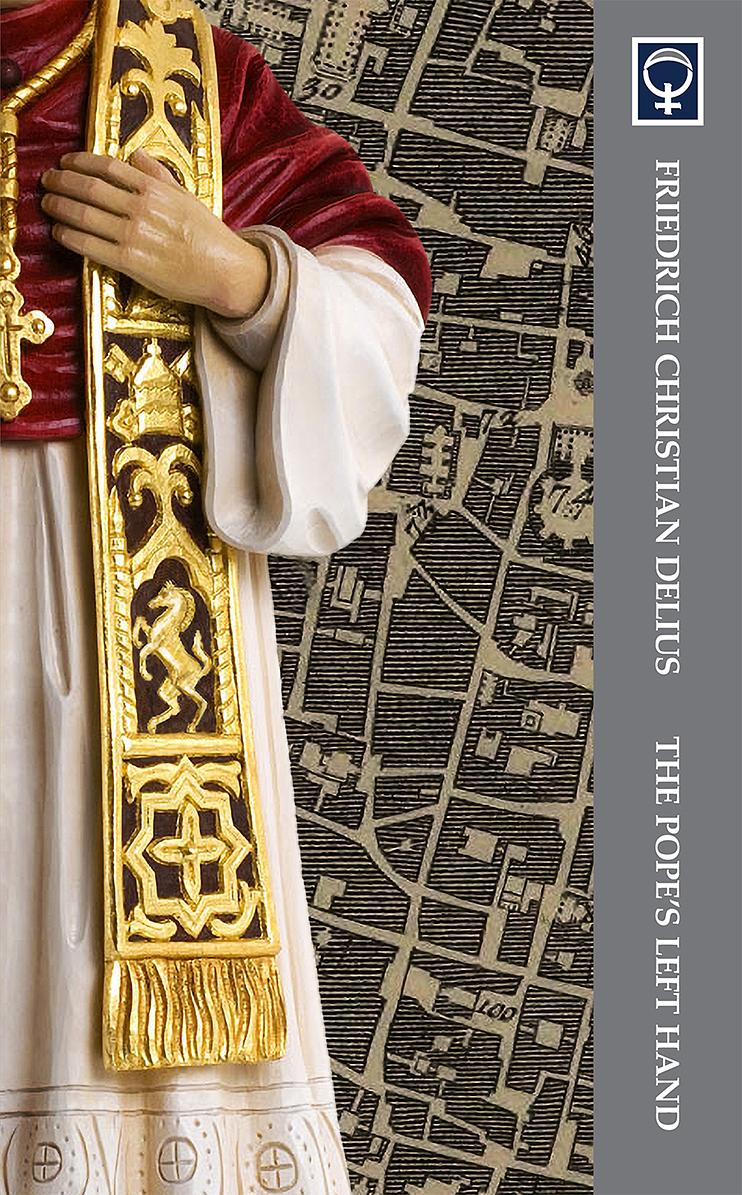 Rome, 2011. A German archaeologist and part-time tour guide accidentally stumbles upon the pope attending a Protestant church incognito and enters into a whirlwind of speculation: What does the pope’s hand do when he’s doing nothing? What might make his hand twitch? Is there such a thing as a papal slap, and if so to whom should it be administered? To the lecherous Italian Prime Minister? To a certain Libyan oil dictator as he curries favor with the Italian head of state with thirty Berber horses while at the same time attempting to convert all of Europe to Islam? And speaking of which, why did Saint Augustine have to bribe the Roman Emperor Honorius with eighty Numidian stallions to gain acceptance for the doctrine of original sin? Why do Germans long for Rome, even though―ever since the Teutonic invasions and the Nazi occupation―they have been considered the worst sort of barbarians there?

Meanwhile, the narrator’s sister-in-law dreams of being pope, the pizza breath of noisy tourists wafts through the Sistine Chapel, and rats swarm about Via Veneto.

Looking past the idealized Rome of picture postcards, the tour guide mentally roams through the city’s long history and extols the Italian art of saying yes and no at the same time.

At once a timeless tale of Rome and the birth of a modern legend: how the pope became a Lutheran.

Praise for the German language edition

“A wonderful story . . . here a free spirit vents his feelings on the oppressive perfume of the Roman historical superpower.” Süddeutsche Zeitung

“Besides the Baedeker, this book belongs in the luggage of every visitor to Rome.” Deutschlandfunk

About the Author
Friedrich Christian Delius was born in Rome in 1943 and grew up in Central Germany. He did his doctoral thesis in German studies in 1970 and subsequently worked as book editor. Today he divides his time between the Italian capital and Berlin. Some of his best-known works are Ribbeck’s Pears (1991), The Sunday I Became World Champion (1994), The Walk from Rostock to Syracuse (1995), and My Year as a Murderer (2004). Portrait of the Mother as a Young Woman (2006) was translated into English by Jamie Bulloch for Peirene Press in 2010. Delius has won numerous awards, including the German Critics’ Prize, the Joseph Breitbach Prize, and the highly prestigious
Georg Büchner Prize. www.fcdelius.de

About the Translator
Bob Cantrick grew up in the United States and attended the University of Rochester and the Johannes Gutenberg University in Mainz, earning a BA degree in German. He did graduate work at the universities of Cologne and Bonn on a fellowship then continued studies in Germanic languages and literature at Indiana University (Bloomington) on a teaching assistantship. Among many other things, he has worked as a freelance translator, in-house translator and editor, and legal secretary-translator. Since 2015 he has concentrated on literary translation. In 2016 he was one of the winners of the New Books in German Translation Competition. In 2017 he won second prize in the John Dryden Translation competition. In 2018 he was one of the featured translators at the Festival Neue Literatur in New York City. He is retired and lives in Toronto.

See it in your library

View in Library
Sorry, this item is not available in your location.
Sold out, please go back and pick another option.

Your purchase was successful!

We charged your card and sent you a receipt

Good news! Since you already have a Gumroad account, it's also been added to your library.